The Waste Land in the City - VIRTUAL TOUR 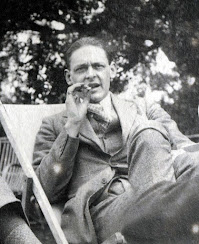 Although we can now take small groups out on walking tours, the virtual talks have proved popular and well attended throughout the last year or so, so why stop!

Also it is wonderful to have such an international audience.

The next round of virtual tours are here:

Do join me in exploring this magnificent poem taking to the streets 'virtually' and taking a look at the at many of the places and buildings that T S Eliot would have known and still recognise today.

Currently small groups but more tickets will come available as the regulations are updated. 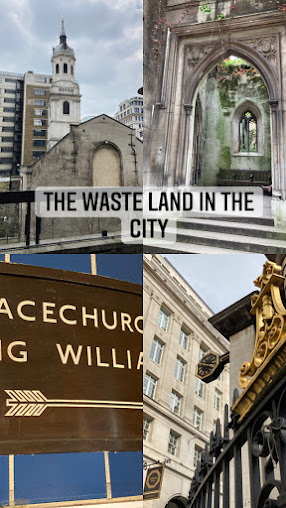 I have always enjoyed The Canterbury Tales. I must confess I have not read them from cover to cover but read the tales by dipping in and out over many years and during my research of Chaucer.

Chaucer is a fascinating character, born in to the merchant class, a page at Court, his patron was John of Gaunt and became related through marriage to two Kings! Also worked as a Civil Servant when he became Controller of Customs in the City of London. Plus a full life of travel and intrigue.  He was well able to describe all the quirks and code of of behaviour from the high echelons to the low.

His poem was unusual for the time for several reasons the main ones being it was in English and the other he gave the characters a voice which was not the usual practice of the time. An element usual for the period was the moralising stories of the then known world and Chaucer used them to great effect.

Once upon a time I took people on a tour of the City of London following in Chaucer's footsteps. He was born in Vintry a Ward of the City and lived in Aldgate as Comptoller of Customs. He knew the locals and the streets very well and should, if he returned today find his way around, as the footprint has not changed that much and the Guildhall and Leadenhall are exactly where he left them!

Now I cannot do the walk so I am offering a Virtual Tour on 25th October at 6pm.  We can actually cover more ground so to speak, and I do hope you can join me to explore this great poet, father of the English language and his home City.

The virtual tour will take place on Zoom so you will need to have the app to book in, Full details included in the Confirmation once booked. 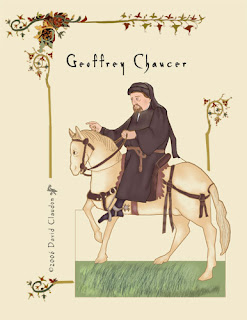 I am blogging today as my dear friend Niki Gorick is giving her Virtual Talk tomorrow all about her beautiful photo book 'Faith in the City', published during Covid19 in April of this year! So I am keen to support in her every way.  I am currently her 'Tweet' master and completely overlooked my blog as a means to promote!  Late to the party but still worth doing. 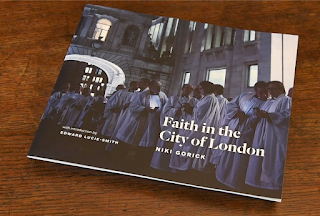 You can still book the talk for 30th September but you can still book here https://bit.ly/3bAVQJxfaith.
A review "Your talk was as full of good humour and as keenly perceptive as your photos." 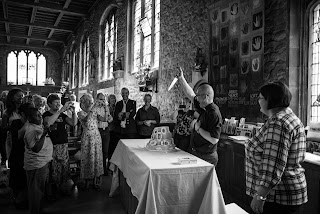 The photographs will also appear as an outdoor exhibition staring 3rd October 2020 in the City of London at Paternoster Square (recent change of venue) and Aldgate Square in November. Details below.
https://www.cityoflondon.gov.uk/events/faith-in-the-city-of-london

"I found the photographs in Gorick’s book especially illuminating because of the unexpected and surprising endeavours they present. They prove how religion in the Square Mile is very much interwoven with contemporary culture and social change. The well-articulated captions accompanying the images are refreshingly free from jargon and convoluted phrasing......

......making one understand what an enlightening force religion can be in the context of a seemingly cold environment infused with wealth." Jenny Kingsley - St Brides 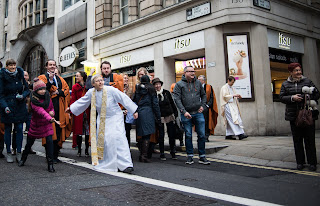 Hope you will be able to join us tomorrow evening and if not, find time to visit the exhibition. Outdoors and socially distanced. If you wish to buy a copy of the book they will be available at the Guildhall Art Galley as well as at Waterstones and Unicorn Publishing.
Good to be back blogging again!
MissB