The day dawned with bright sunshine and an early start to catch the coach from The Guildhall for the Annual Visit of the Open Spaces, City Gardens and the West Ham Park Committees to West Ham Park.

This part of London was new to me so the journey was just as exciting as the destination, and for the umpteenth time I told myself I must go and visit the Olympic site at Stratford, which we passed enroute.

We were greeted by Martin Rodman, Superintendent of Parks and City Gardens and informed The Lord Mayor would join us later in the tour and her Consort Mr Nicholas Woolf would stand in for the time being. 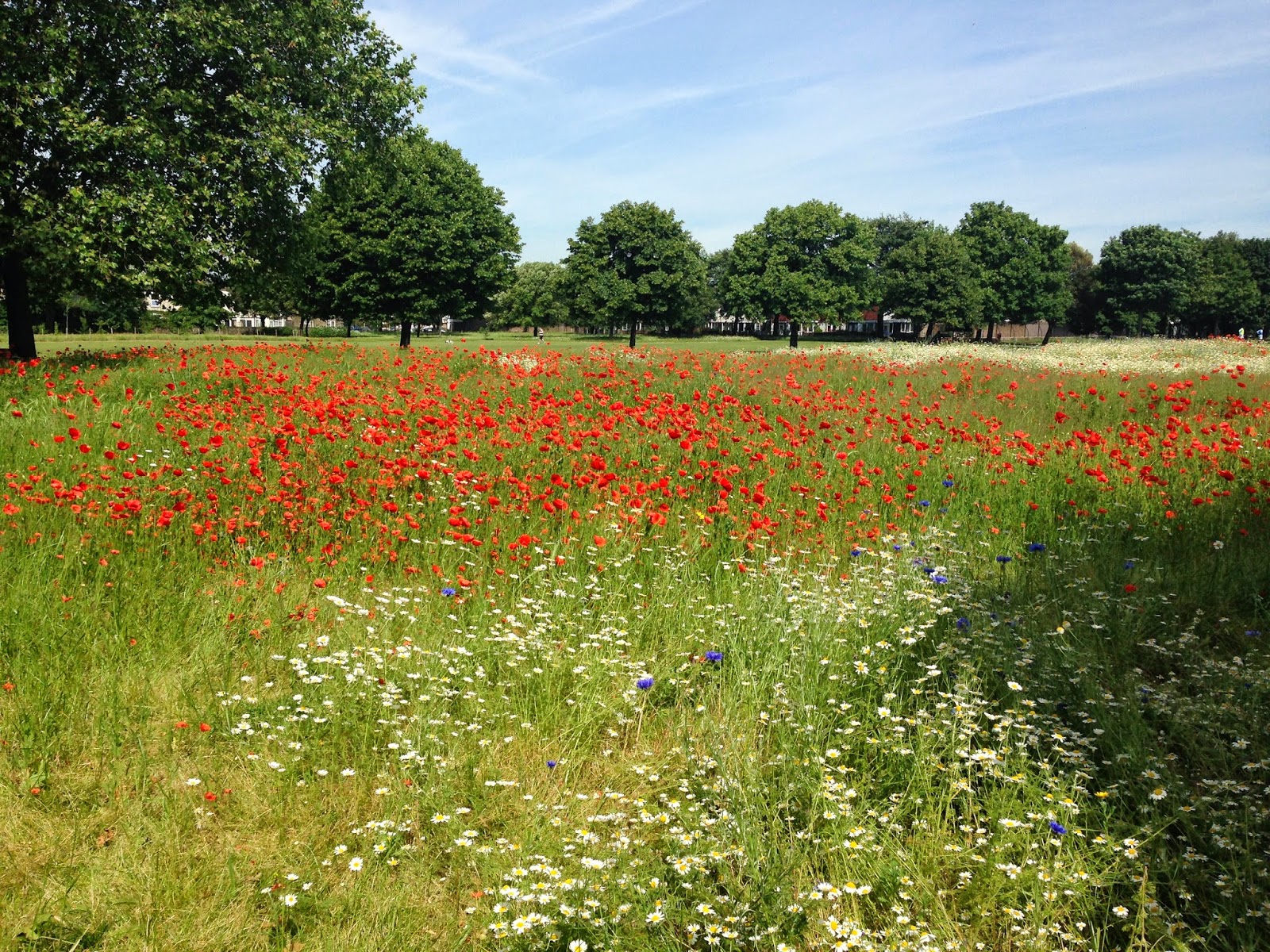 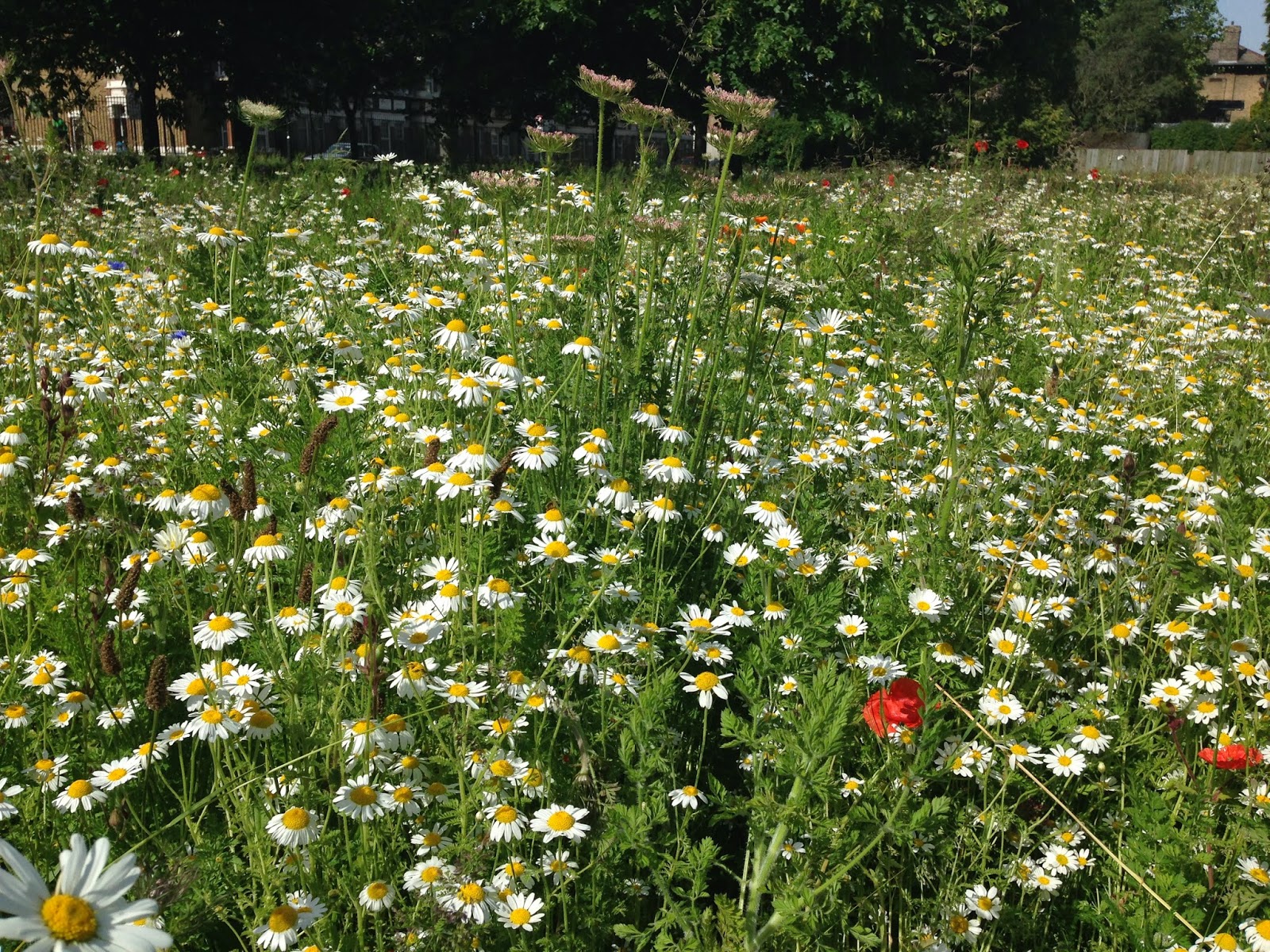 On entrance to the Park you are greeted by two glorious wildflower meadows, so lush and colourful it took your breath away, no picture can really capture their beauty. So many poppies!  After welcome refreshments and an opportunity to meet other members of the group Alderman Ian Luder made the introductions.  Ms Sue Banks then took us closer to the meadows and explained the outreach, biodiversity and sustainability projects in the park. 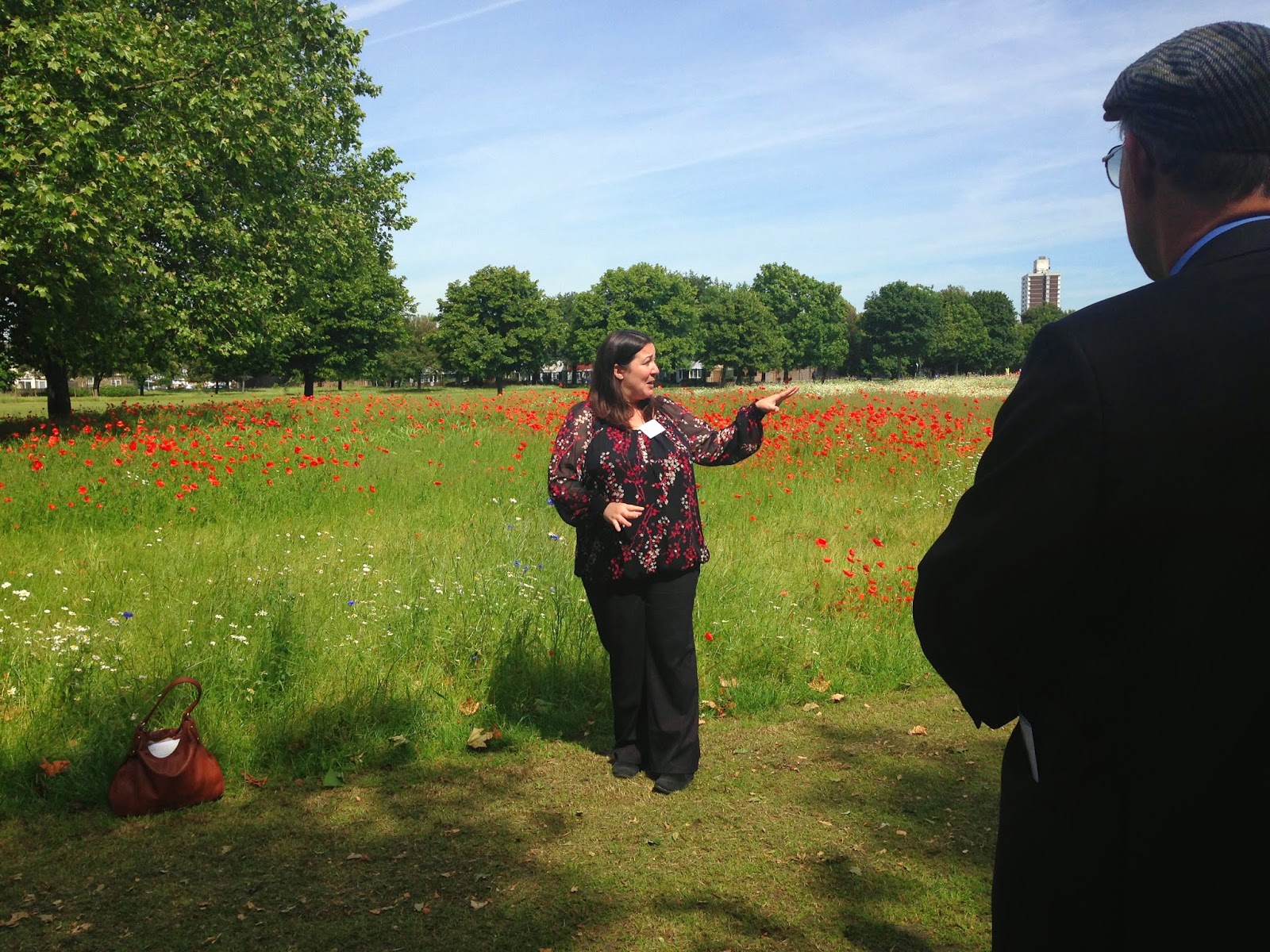 ‘Thanks to funding from the City Bridge Trust 4,170m² of meadow has been sown over the last two years bringing the total area to 7,500m². Children from four different local primary schools have helped sow the seeds.’ (Taken from Programme of the day)

The park consists of 77 acres and is the largest in Europe and Grade II listed.  It has a recorded footfall of 1.2 million per annum and the local community consists of a population of 300,000 with 110 languages spoken, all living in a high density of dwellings. The park offers a ‘breathing space’ as well as encouragement to healthy living, various sports plus  a running track and an outdoor gym. In partnership with ‘activeNewham’ the community joins in seasonal cricket matches and tournaments.

There are over 1000 trees within the park, Plane trees account for 20% of them and there are also the famous Liquid Amber of which they have 77 different cultivars, a sight to behold in their Autumn glory. The management have been working with the London Borough of Islington to record every single tree in the park on Arbortrack a tree management database, which is an excellent tool to manage their tree stock.

Although the Winter Garden is relatively new and the first phase has begun with dwarf Silver Birch and red-stemmed dogwoods, it harks back to the Victorian age of ornamental gardens, rose-gardens and formal bedding, all of which West Ham can offer. There is also a Victorian Bandstand which is still used today.  They are all part of the rich history of the site, as with many parks, this magnificent started life as a rich man’s botanical enterprise and private garden. 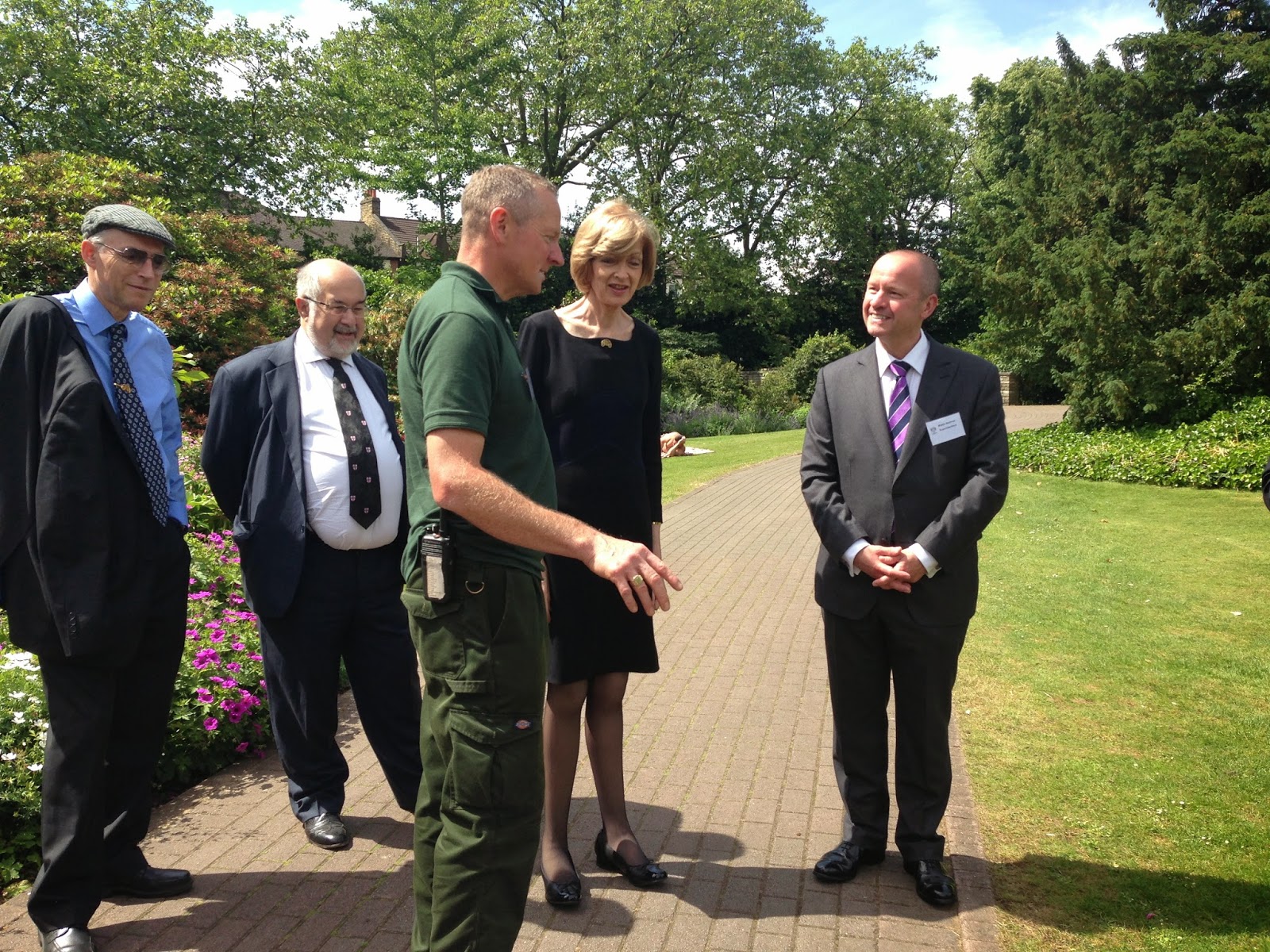 West Ham Park was originally the site of Upton House, later to be called Ham House and home to several notables. In 1762 it was bought by Dr. John Fothergill, a Quaker physician and botanist. He enlarged the estate to slightly more than its present size and developed it into one of the finest botanical gardens in Europe. Another is the younger brother of Elizabeth Fry (the prison reformer) Samuel Gurney, a Quaker banker and philanthropist.  After his death in 1856 it was occupied by members of the Gurney family until its demolition in 1872 and the grounds became West Ham Park in 1874. The site of the house is marked by a cairn of stones in the park.

The Lord Mayor joined us in the gardens to plant a Paulownia tomentosa (Foxglove tree). It is unusual that it flowers first – lilac-purple foxglove-live flowers in spring, soon followed by light green leaves. A native of China and first introduced in 1834.

After a brief mix with the group, a photo opportunity and a presentation, in the nursery area, of a beautiful bouquet of flowers grown there, The Lord Mayor sadly was whisked away. 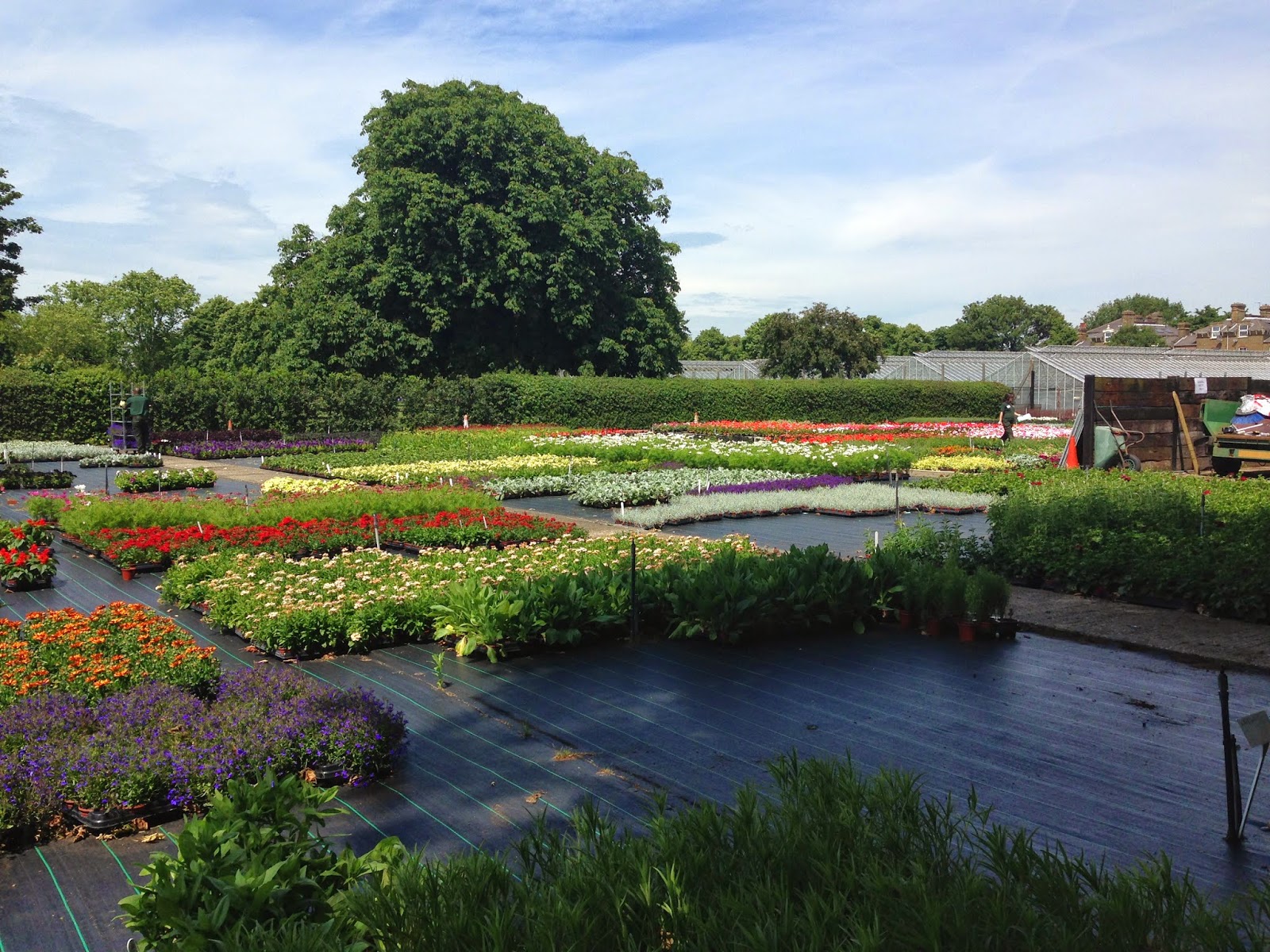 The nursery has eight glasshouses and sees 250,000 plants passing through annually. Over 350 varieties of summer and spring bedding plants are nurtured here.  The nursery not only provides the City of London green spaces but also The Royal Parks, plus the floral displays for functions at the Guildhall and Mansion House. 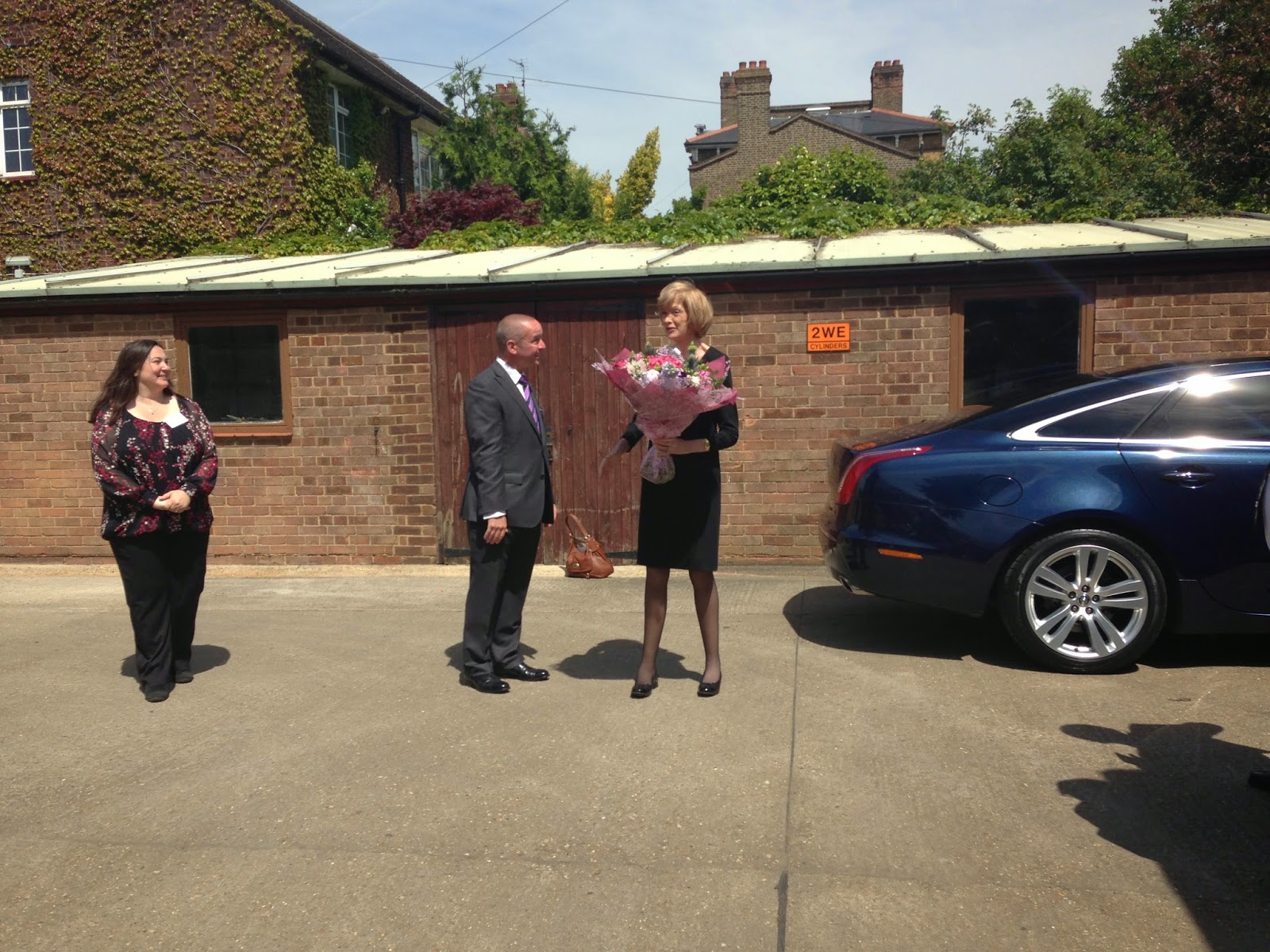 It was a wonderful way to spend a sunny morning, excellent company, new contacts, beautiful park and the presence of The Lord Mayor. We climbed back in to the coach for a splendid lunch at the Guildhall in the Livery Hall.

After an initial debate about whether one should pay for the use of toilets in the City and the writer expounding the virtues of the Toilet Map, the conversation did take did change tack as lunch was served!

I can only highly recommend a visit to this excellent Park, it is  a short bus ride from Stratford and an easy walk.  Take a picnic as presently no refreshments available although I have it on very good authority that this will be remedied very soon.  Oh and by the way, there are loos!