Last Week - you can see I'm running a bit behind here! 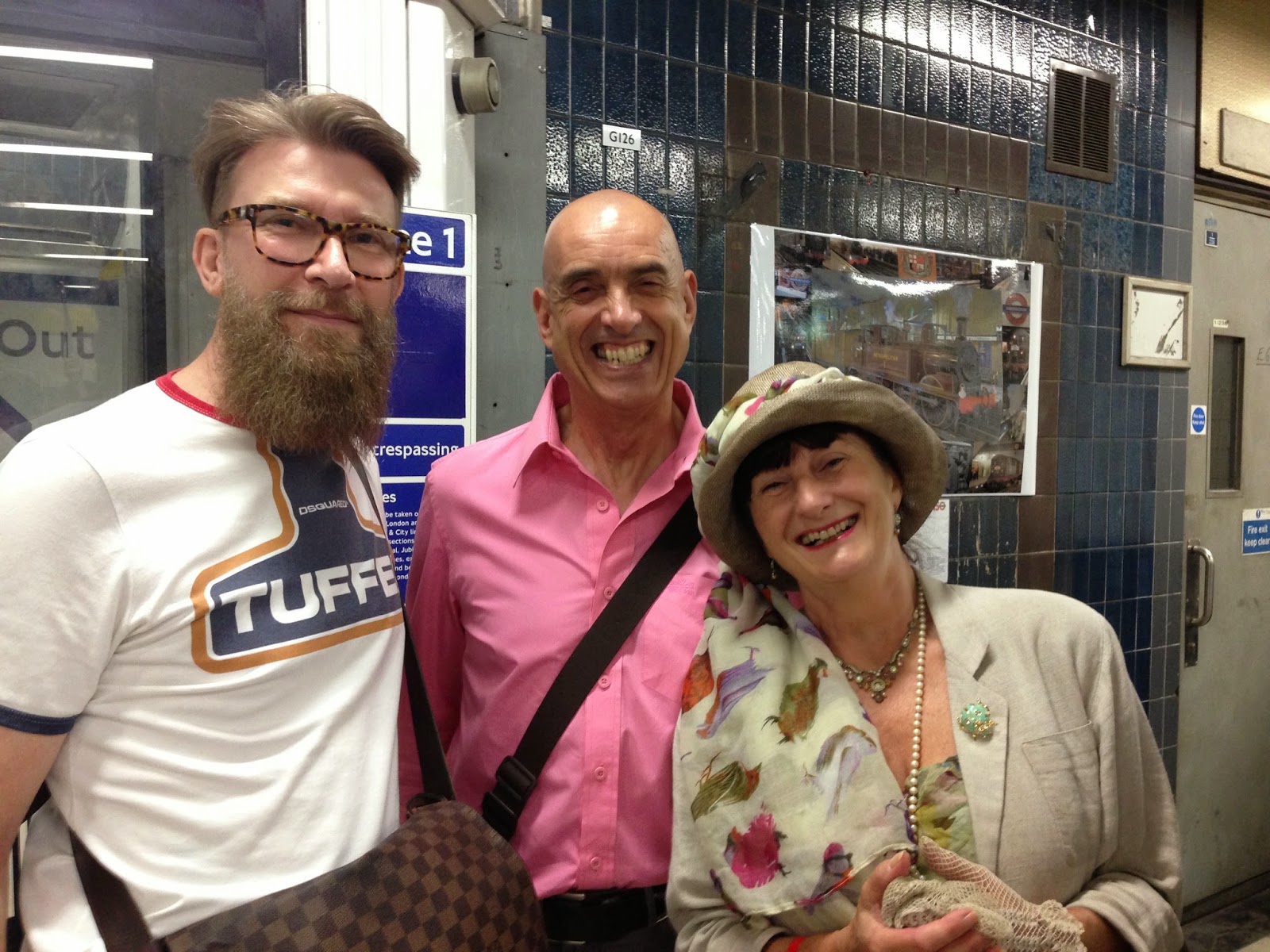 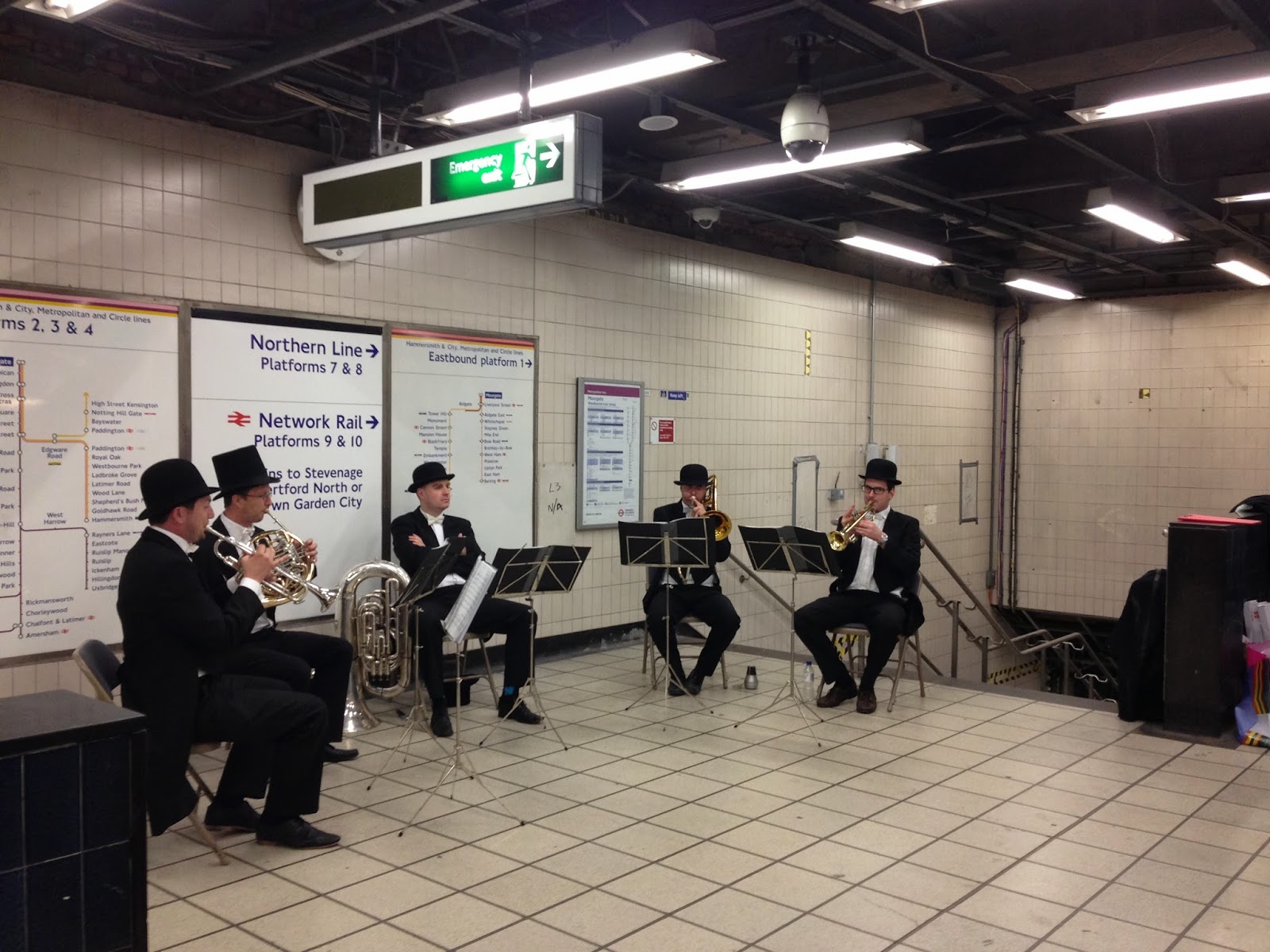 I was lucky, not only to be a steam train enthusiast, but to be with friends of a similar bent! Also some of my colleagues are more than generous with their time, complimentary tickets and encouragement to ‘get up and do it’!  Can you believe it?  I nearly turned down the tickets to go on this wonderful trip! 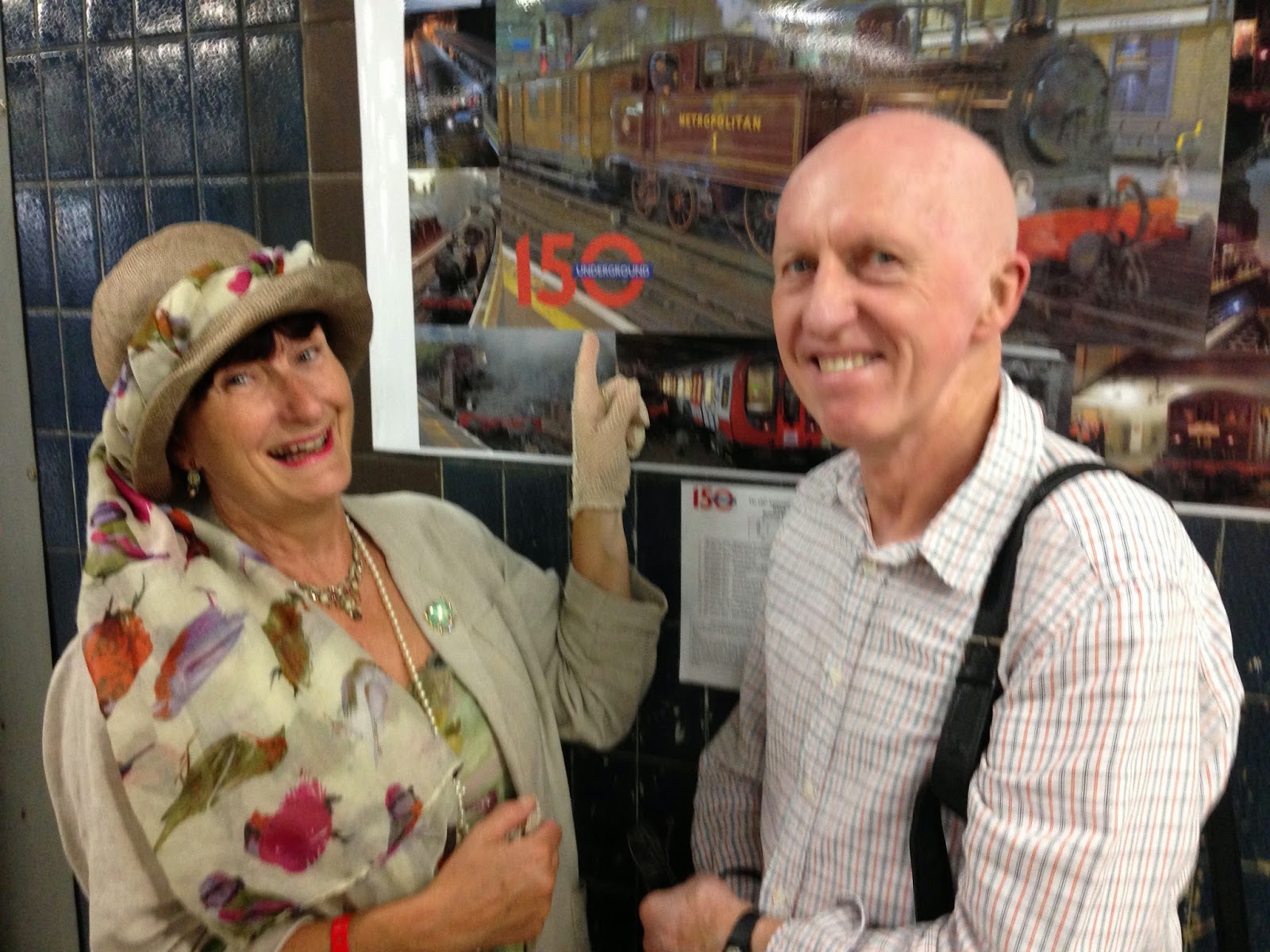 We assembled at Moorgate, the Moorfields entrance to be greeted by a brass band playing lively Victorian marching tunes which went on to music hall medleys. The staff were well informed and very organised and we followed our ‘ticket inspectors’ to our respective groups, for us ‘E’, there we waited excitedly to get on to the platform to begin our journey to Hammersmith in style! 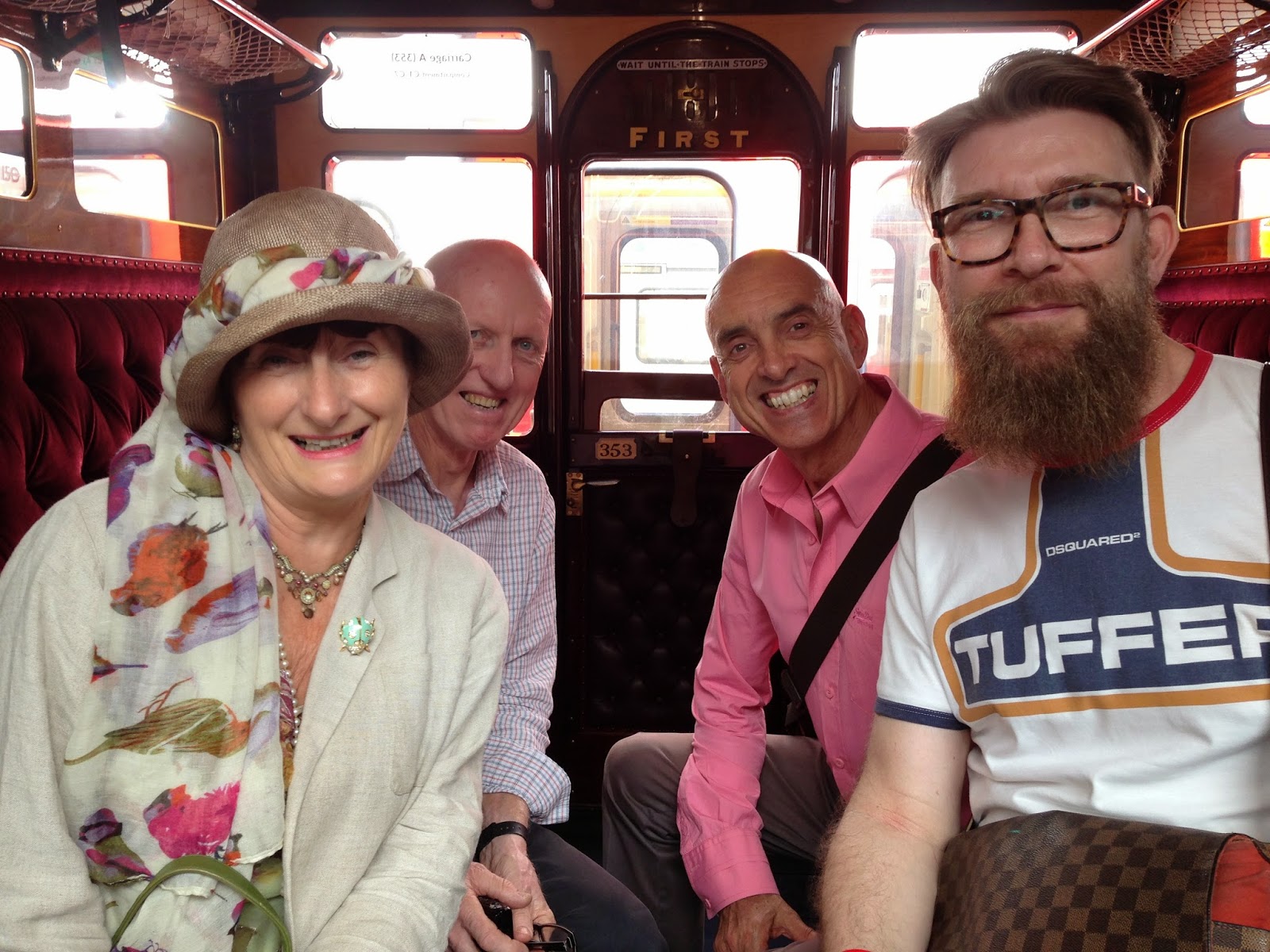 Hammersmith & City Railway opened on 13th June 1864 with services from Hammersmith joining the Metropolitan at Edgware Road and continuing to Farringdon. The line was ‘cut and cover’ not tunnelled so we would played ‘peek a boo’ with the steam aficionados waiting on various bridges and viaducts to take a photograph of us en route. 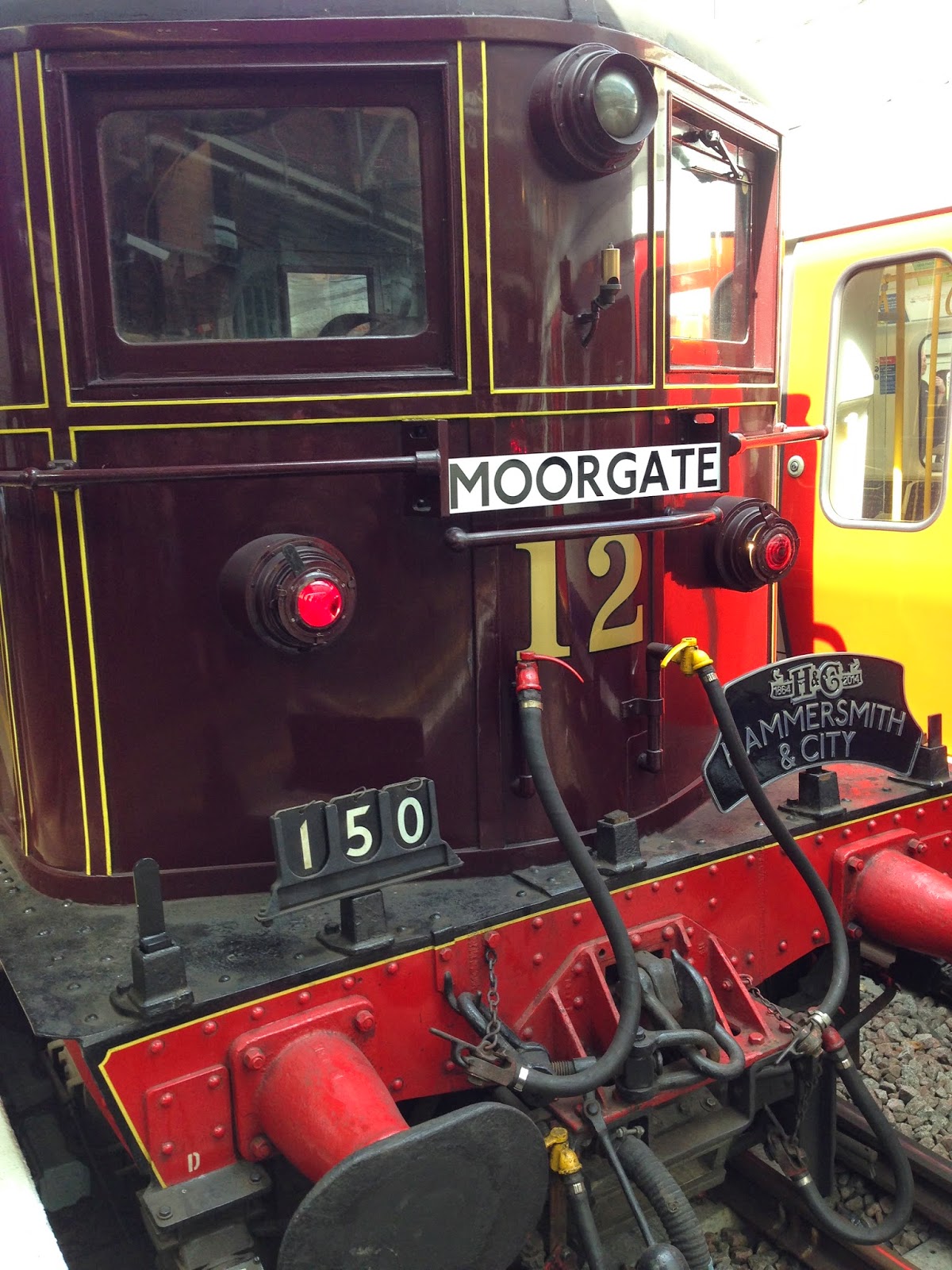 he ‘Sarah Siddons’ the oldest working main-line electric locomotive in the UK would take us on the outward journey. One of twenty locomotives made by Metropolitan Vickers for the Metropolitan Railway.  Sarah is No. 12, and for my Guide friends, No. 8 was named Sherlock Holmes and No. 20 Sir Christopher Wren.  Our locomotive was refurbished in 1971, and again in 2008 to as near as possible to her Metropolitan Railway livery circa 1929.

Another ‘celebrity’ travelling with us was Met carriage No. 353 built in 1892 by Craven’s of Sheffield, the only surviving example of the first class four-wheeled ‘Jubilee’ carriage.  It was withdrawn from service in 1905 but kept working on a light railway in Somerset until 1940. During WWII it became a clubhouse for American servicemen, used as a low cost home, an antique shop and finally an outbuilding. It survived and was revived in time for the 150th anniversary. I was not in this carriage, we were in Third Class with this fabulous upholstery!

We would return by steam by Metropolitan Railway Locomotive No. 1 the last loco to be built at Neasden Works in 1898.  It worked the last steam service on the Chesham branch until July 1960 and the last steam-hauled passenger train in regular service between Rickmansworth and Amersham in September 1961.  In 2011 London Transport Museum and Buckinghamshire Railway Centre formed a partnership to have Met No 1 overhauled at workshops in Gloucestershire ready for 150th anniversary of the Underground in 2013. 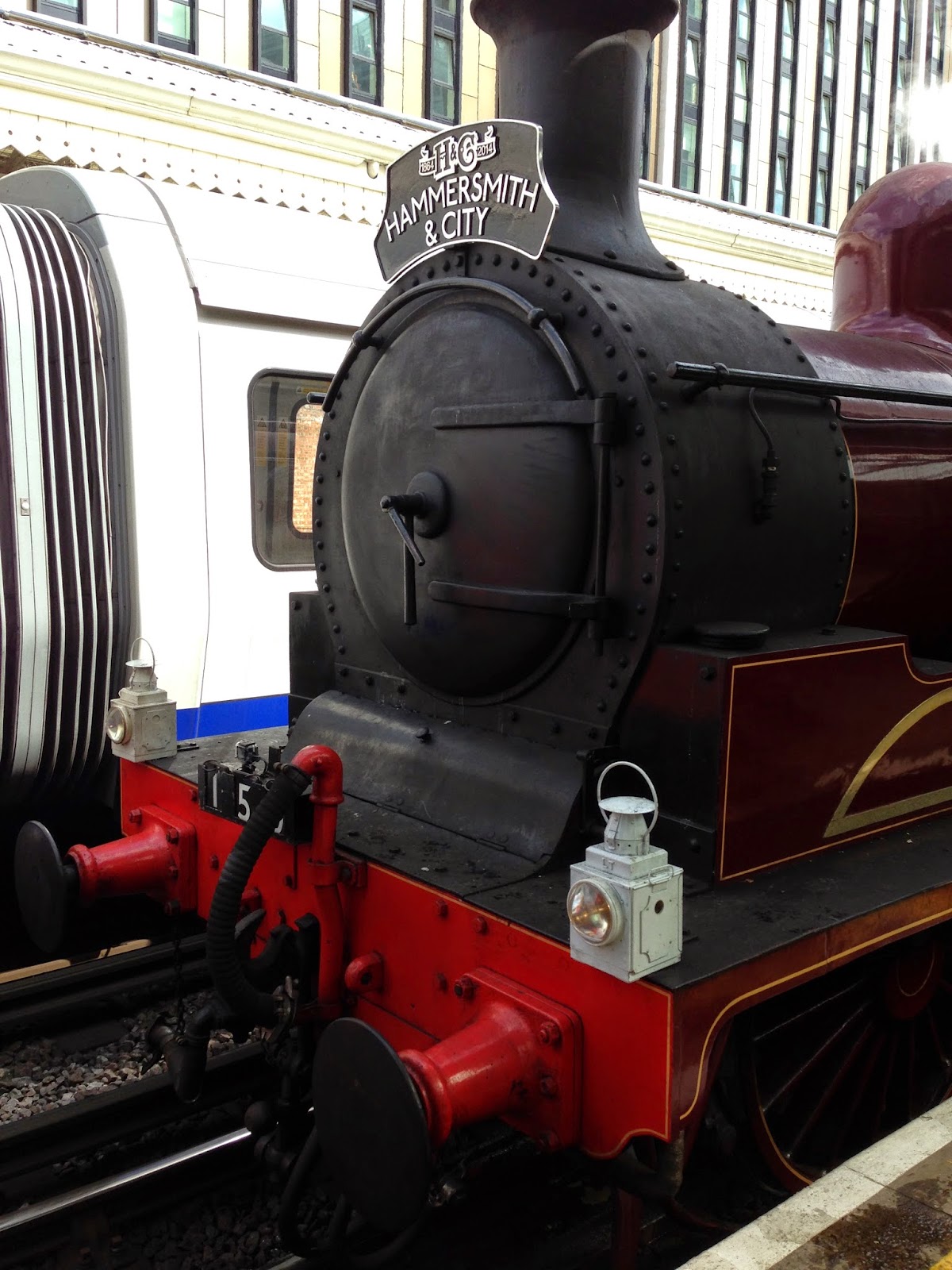 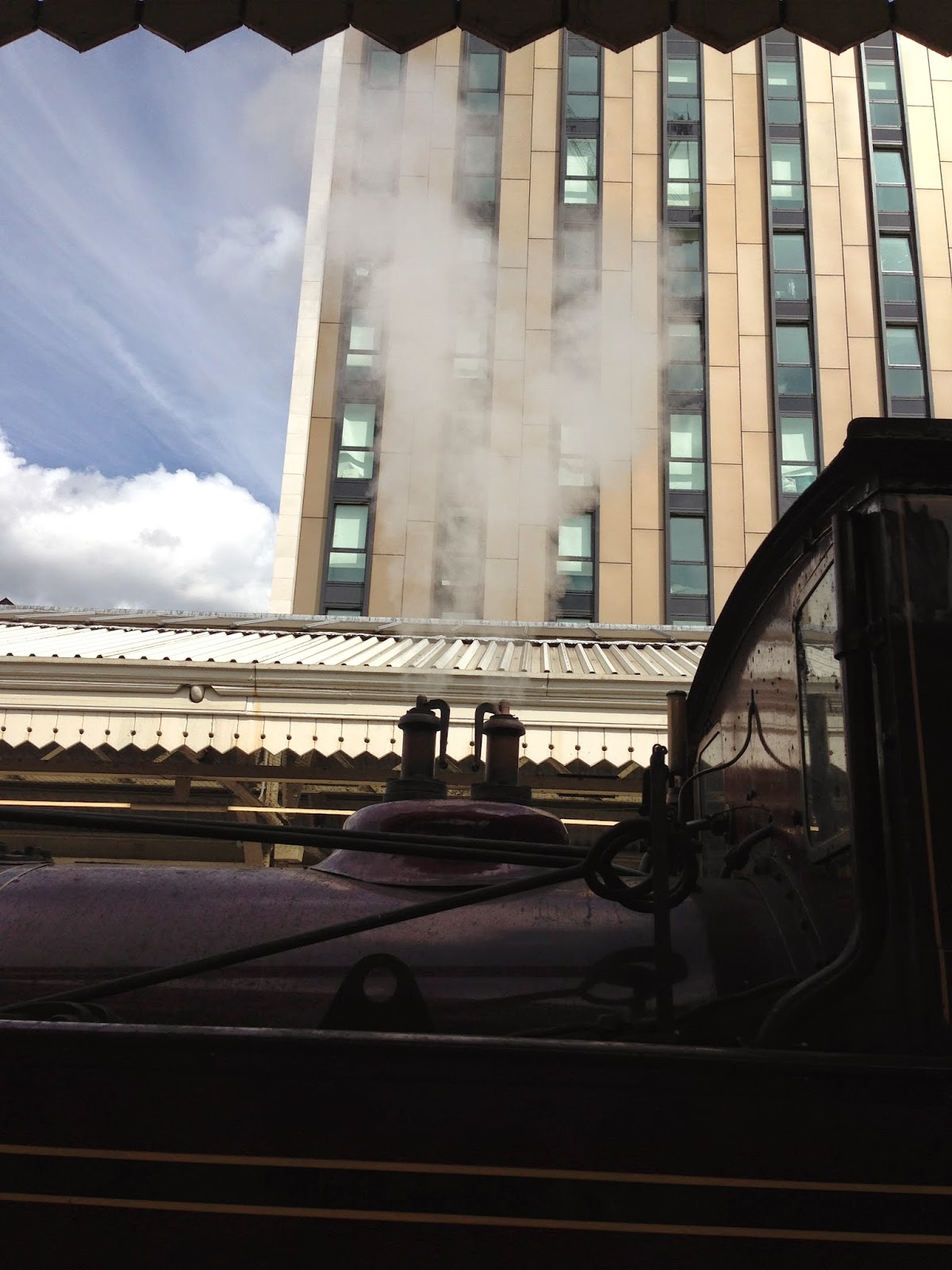 On getting to the platform our collective joy at seeing the steam loco made it a real task for the staff to get us into our respective carriages in time for the train to leave! Finally all comfortable and settled with open windows and plush seats we were off!

It was fun to see the faces of the Saturday commuters as we whisked by, with a look of disbelief. We waved madly and found that Kings Cross Station with Baker Street following a close second, were the best for responsive and enthusiastic ‘wavers’! Also it was interesting to see a modern Tube train beside us with the travellers oblivious to us sideling up to and then sliding past them. They have no idea what they missed!

On arrival at Hammersmith a lot of hustle going on - ‘let’s get in the way of the camera, video, phones’ as the press of people went to what was now the front of the train to watch Met No 1 take on water from an improvised tank, ready to steam us back. 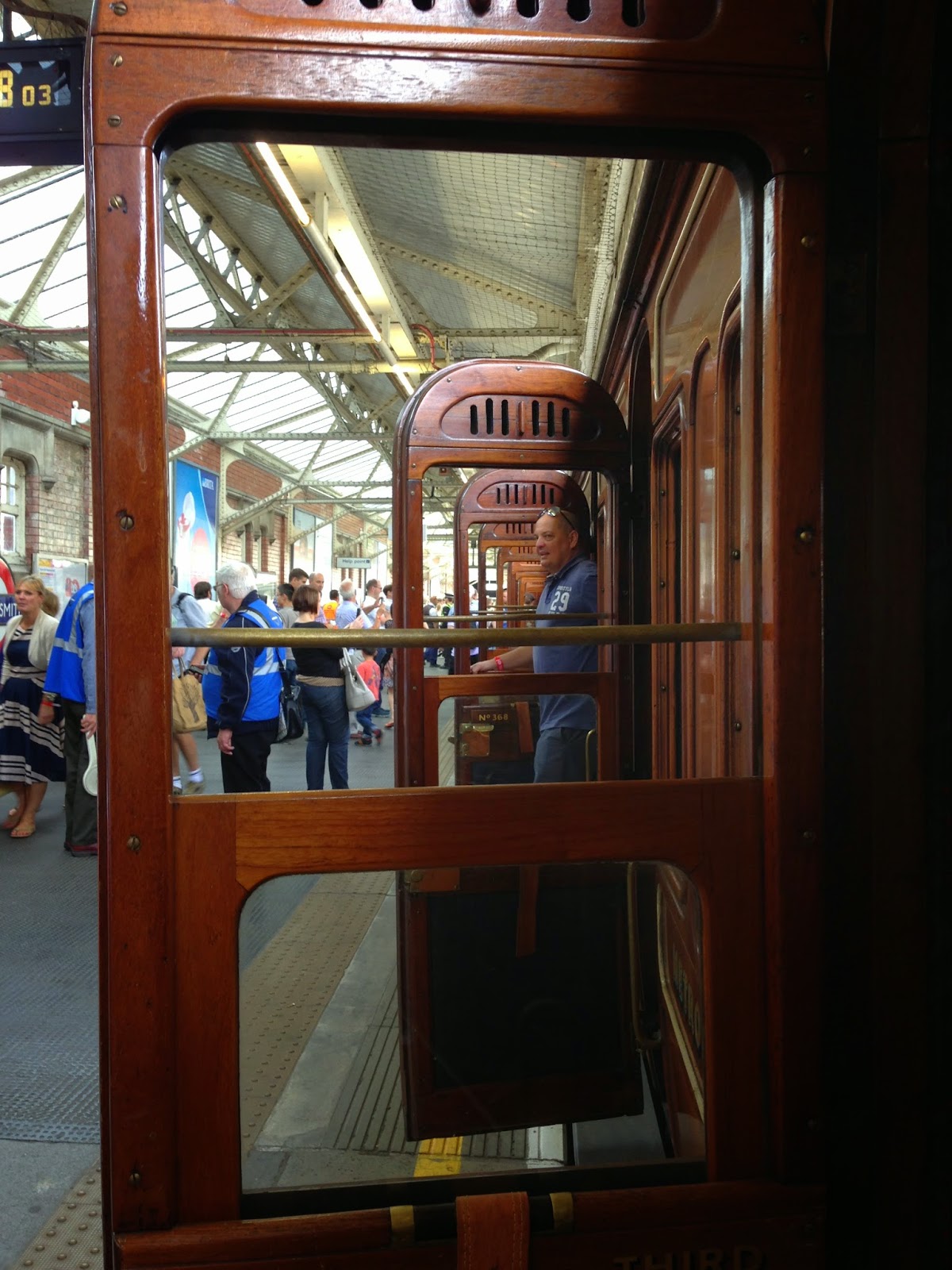 Oh the smell of steam, the fug of soot and touch of grit! The minute the loco started, the rapture, yes the rapture on our faces. The sound of the train gathering speed that steady rise of sound as we gathered pace. Into the first tunnel and yes, the intense smoky smell and grit in your eye! Bliss! 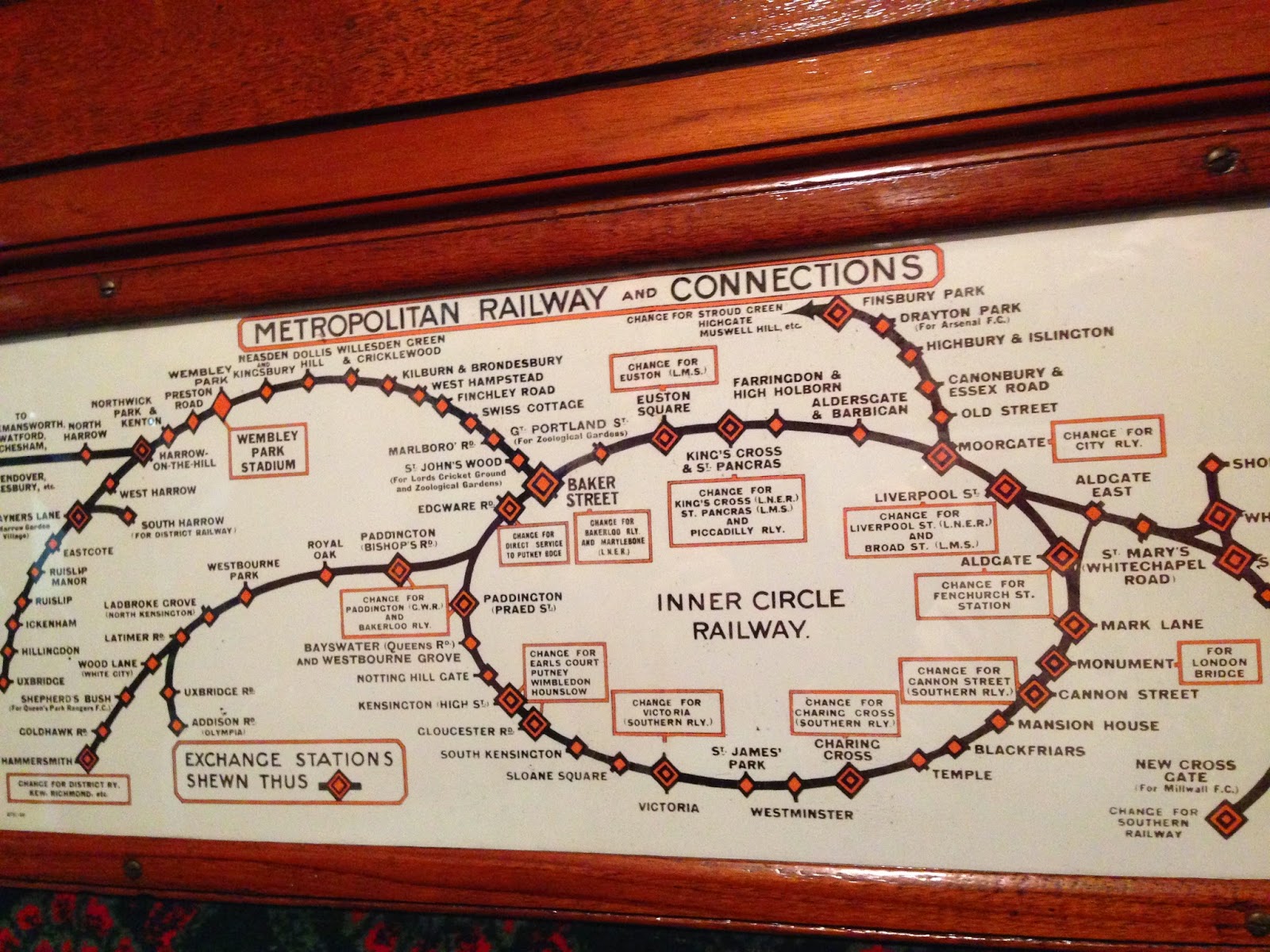 We did not find out until we arrived back at Moorgate that we had shared our carriage with one of the last steam train drivers (the big ones) ever! Well I am sure we will meet again on a steam train sometime soon and we can plague him with questions.

Out into the bright sunlight ready for a cup of tea and excited chit chat about our adventure!

Special Thanks to Paul, Mike and Jeanette and the rest of the crew! 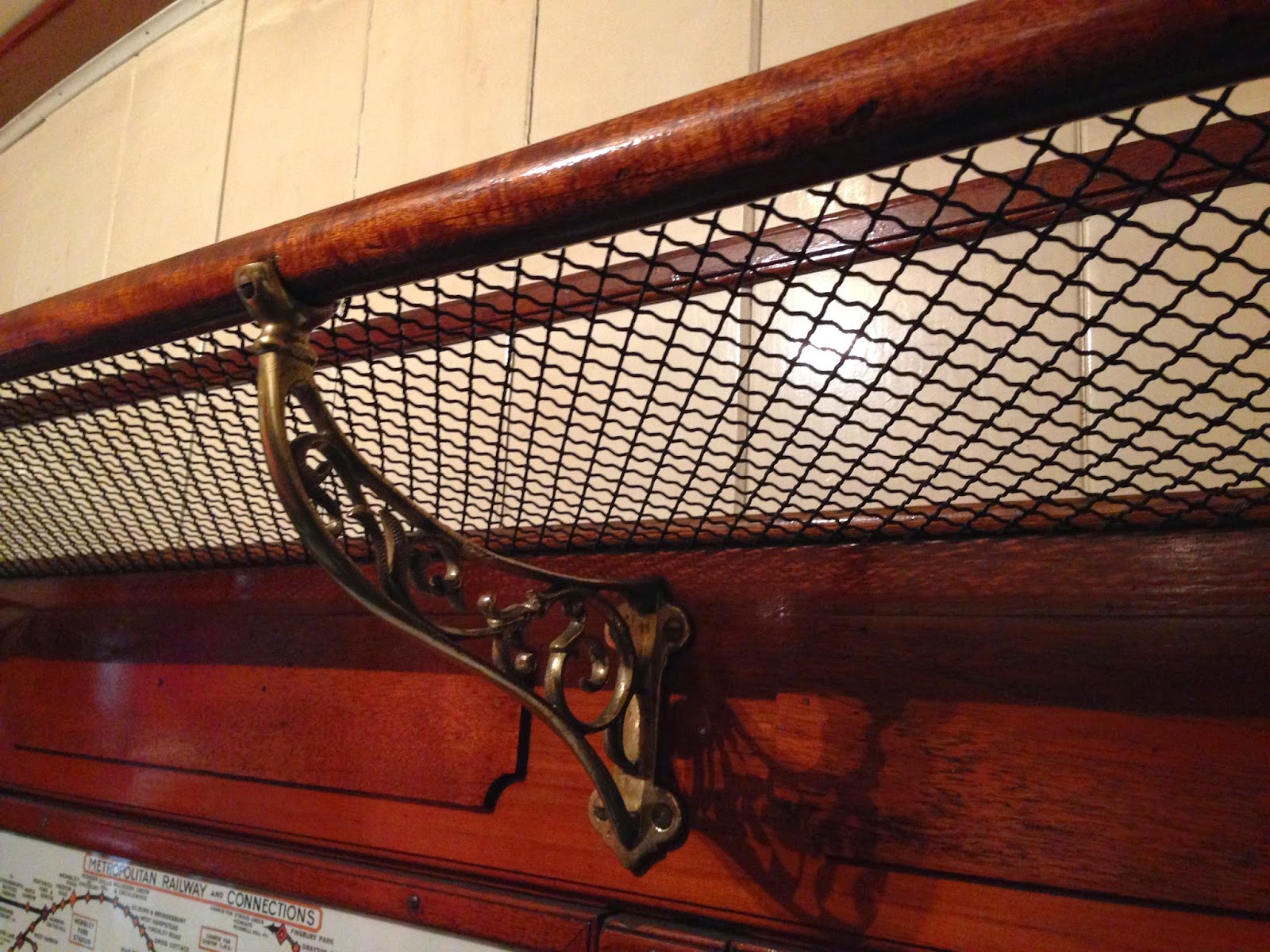 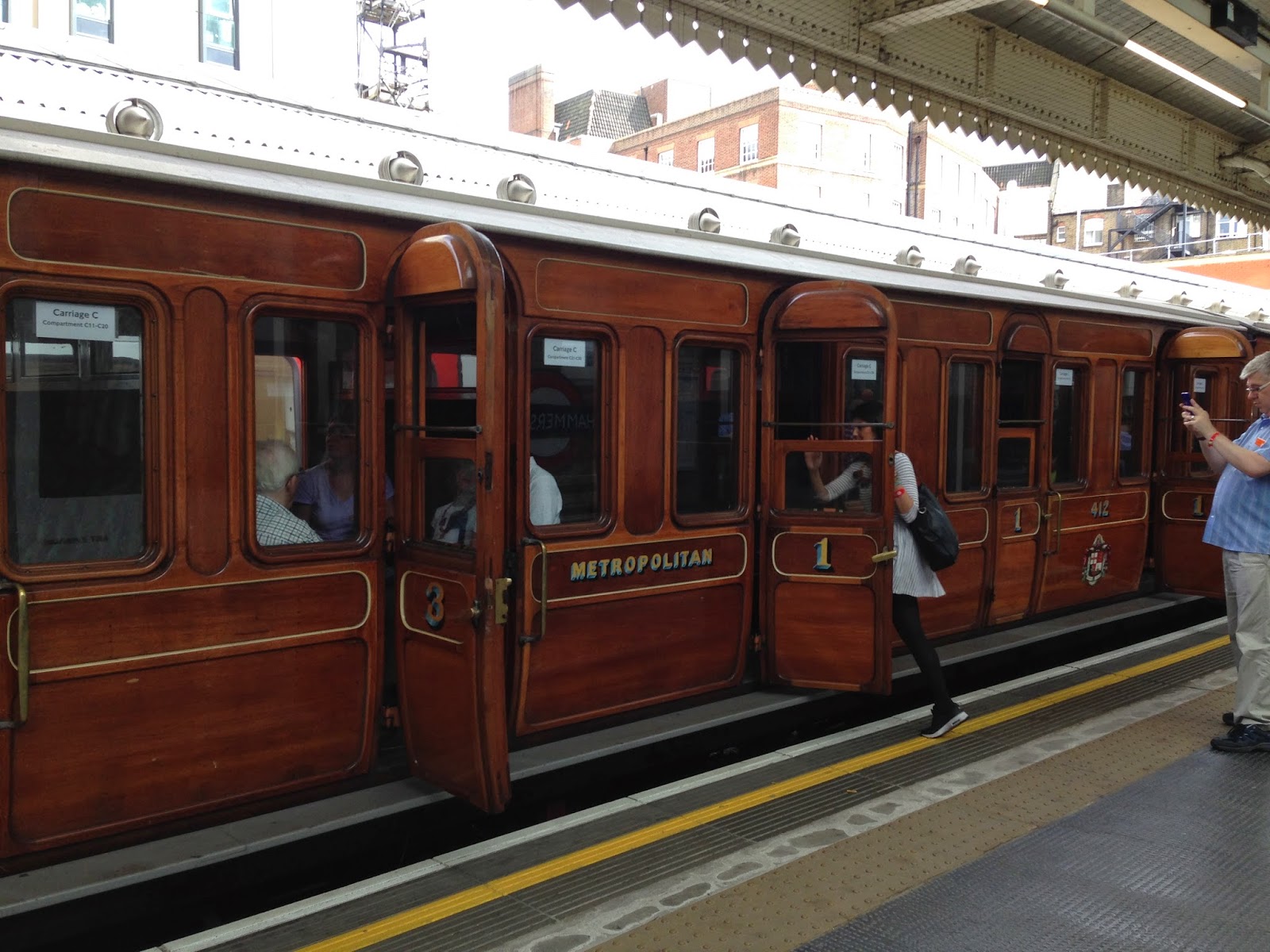 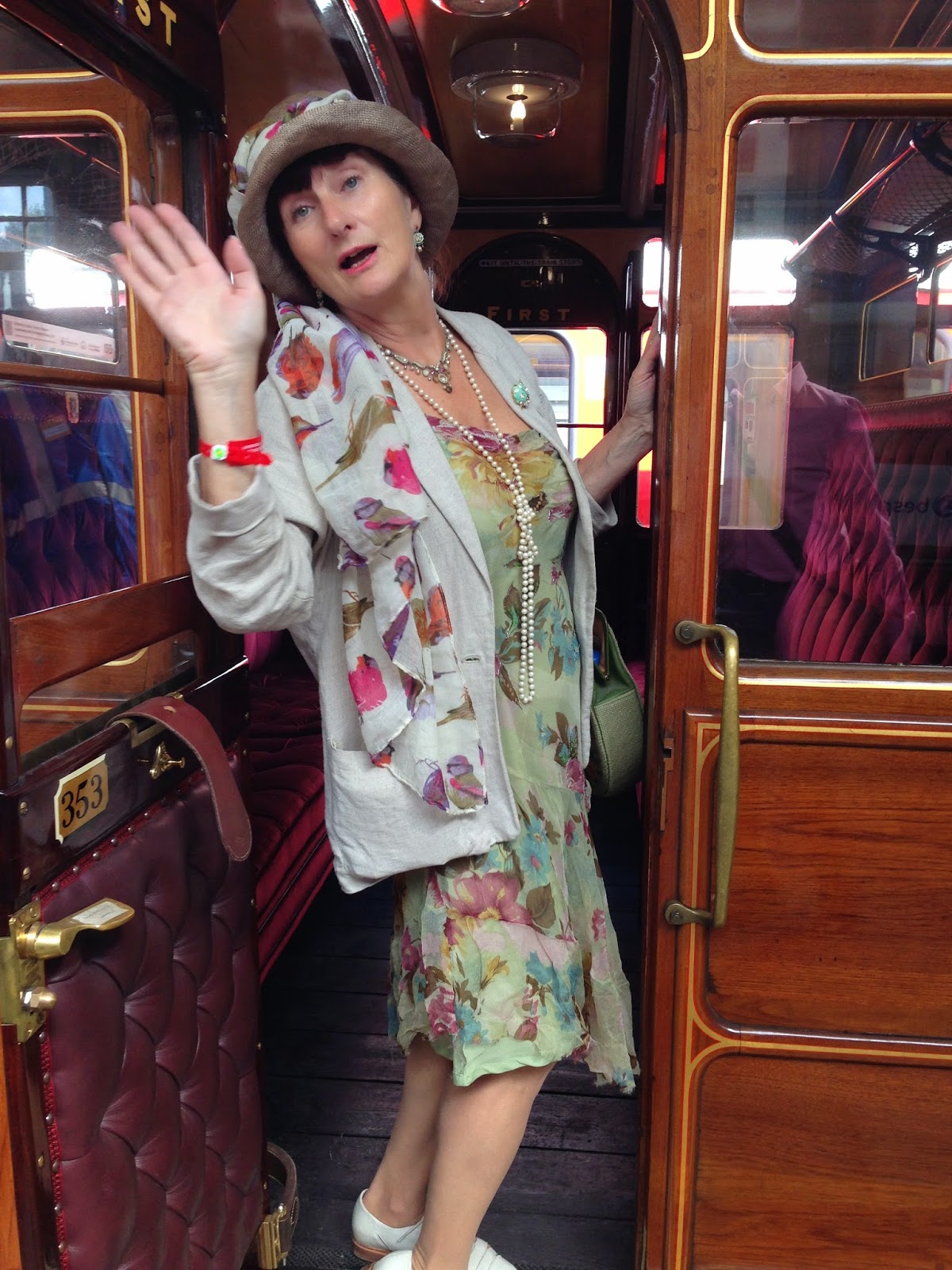 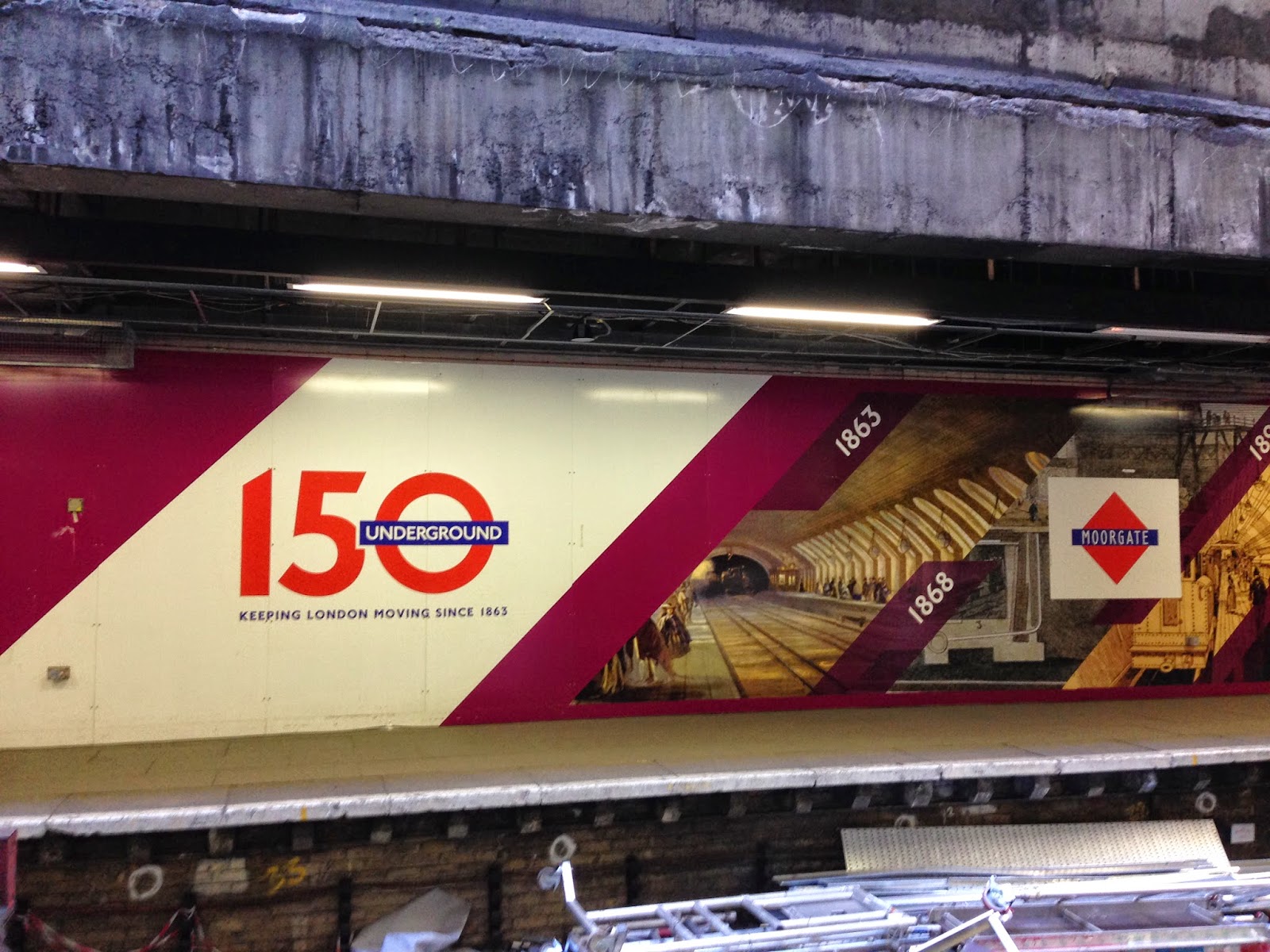