My walks develop over time as I am sure happens with the majority of my guiding colleagues. Also as a City Guide the election of a new Lord Mayor adds a new dimension when moving from Westminster into the City at Fleet Street.

On leaving my first stop at the Royal Courts of Justice and moving toward the monument to Temple Bar that was (now located at Paternoster Square) I talk of our two lady Lord Mayors. On the last occasion of my Women of Fleet Street walk I also mentioned Alderman the Lord Mountevans (Jeffrey Evans) our latest incumbent. Usually I would leave it at that, as it is a walk about the women. However, when revising a walk it is easy to be distracted and I was, and followed his family history back to his grandfather.

Whereupon I discovered an unusual connection with my next stop, a talented sculptor, Kathleen, Lady Hilton Young (Baroness Kennet). This lady prior to being a ‘Lady’ and a Baroness was no less the wife of the intrepid explorer of Antarctica, Robert Falcon Scott. Kathleen travelled to New Zealand in February 1913 to reunite with Scott, only to discover her husband had died in March 1912!
Lieutenant Edward R G R Evans (later Admiral Lord Mountevans) the grandfather of our current Lord Mayor, joined the British National Antarctica Expedition (1901-04) as second-in-command to Scott. Unfortunately within 150 miles of the Pole, he had to turn back due to severe scurvy and just made it back alive to the supply ship. 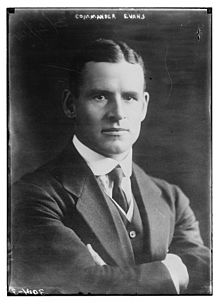 On recovery Evans returned to Antarctica in charge of the Terra Nova to pick up the expedition members, only to discover the Polar Party including Scott had perished.  He was now in command of the expedition and returned to Roath Dock in Cardiff on 14 June 1913.  A mountain with a double summit is named after Evans and he took his title Mountevans from that mountain.
Sadly no connection with the Lady Florence Dixie born of the Queensberry family who married into the Douglas-Dixie line, who led an impressive life of the rich and well-connected, and surprisingly, became a war correspondent, as well as a writer and a feminist, and led an extraordinary life. Lady Florence wrote for the Morning Post (acquired by the Daily Telegraph) and was their South African war correspondent in Zululand. 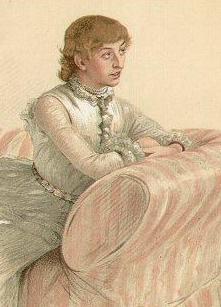 The connections? On my last walk with this theme, I had a lovely couple in the group, Mr & Mrs Hercules, who were fascinated with the name Dixie. It turns out that Mrs Hercules’ sister in Market Bosworth, Leicestershire, the family seat of the Douglas Family, works at Dixie Grammar School, which was re-founded in 1601 under the will of an Elizabethan merchant AND Lord Mayor of London, Sir Wolstan Dixie (1585).  So how do I round this off neatly?  Well, a distinguished headmaster of the school was Rev. Arthur Benoni Evans, sadly so far as I can tell no relation to the Mountevans above, but an Evans nonetheless!  However, another notable Fleet Street dweller, Dr Samuel Johnson, would shudder at the name of another Dixie, who he had the misfortune to work for, the 4th Baronet!