An old idea with a new twist - Elevated Walkways!

The City of London Pedway Scheme was a plan to transform traffic flows in the City of London by separating pedestrians from street level traffic using elevated walkways. First devised as part of the post World War II reconstruction plans for London, it was put into effect mainly from the mid-1950s to the mid-1960s and eventually abandoned by the 1980s.  See Vimeo link for film 'The Pedway - Elevating London'  https://vimeo.com/80787092

After World War II, during which London had suffered severe bomb damage. Enthusiasts for the scheme saw an opportunity to put it into practice through the post-war reconstruction programme, and in 1947 architect Charles Holden and planner William Holford developed a blueprint that envisaged a network of first-floor walkways that would connect buildings across the City.

By the mid-1960s, the City of London Corporation had incorporated the scheme into its development plan. Although no coherent network was ever defined, designers of new developments were required to incorporate first-floor access to the Pedway network as a condition of being granted planning consent. As most of the network had not been built, this meant that many developments incorporated wwith first-floor level and partial walkways that led to dead ends. In consequence, the scheme was unpopular with many architects.
By the mid-1980s, the scheme had effectively been discontinued. The Pedway scheme only succeeded in establishing itself in areas that required extensive post-war reconstruction. The most extensive part of the network to be completed was in the Barbican Estate and surrounding streets; the main entrance to the Museum of London is, to this day, at first-floor level.
The recently demolished pedways around Fore Street and St Alphage, although long-deserted in terms of commercial activity, were always useful and a pleasant alternative above the traffic of London Wall. We now know that the new development by Brookland includes a modern version of the pedway in the new build as well as extensive landscaping. Including the enhancement of and redesign of St Alphage Gardens. The David Hicks designed Salterers Garden will also be refreshed. The Salterers Hall by Basil Spence is dazzling after a recent makeover.
A model is currently on display of London Wall Place (view by appointment) at the The City Centre, 80 Basinghall Street EC2V 5AR, and shows the new elevated walkways ('pedways') at London Wall with an interesting meander which will incorporate a 'green wall'.  Although the new building will block views from various points, the plus side is the pedways will be making a comeback and we can walk from Wood Street also from Aldermanbury Square, above ground, and work our way towards Moorgate above the traffic again! There is also a link back to the Barbican at Alban Gate.
Here are some pictures of the model.  I will leave you to have fun working out where they all lead to. 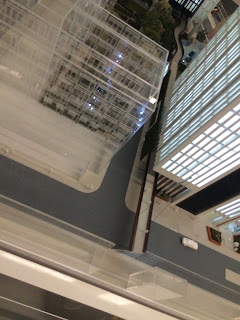 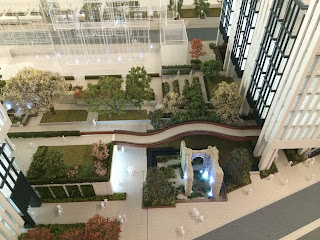 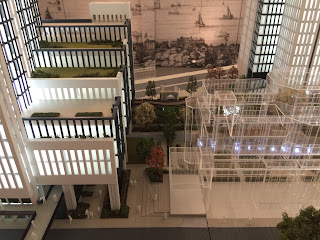 See the Gallery at Brooklands web site: http://www.londonwallplace.com/gallery/
The City Centre is worth a visit expecially for the wonderful model of the City Model. There are is some film to view as well as an exhibiton 'The City Garden' created by artist Rebecca Louise Law - installation of natural materials inspired by the gardens within the City, ends 25th September 2016.
www.thecitycentre.london
Opening Times : The City Centre Gallery : Mon-Sat 10.00-17.00
The City Model & Exhibition: Fri-Sat 10.00-17.00 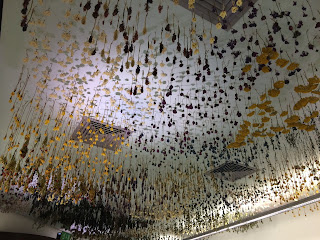 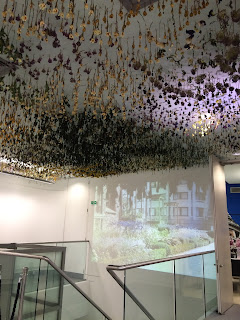